Home / Resources / 10 Lessons I Learned From My Worst Bosses

10 Lessons I Learned From My Worst Bosses

Before I proceed further I would like to warn my worst bosses not to read any further because this post will hit them at all the wrong places, also if any of my ex bosses or any other such bosses decide to read this further and it makes any positive change in the way they treat their subordinates, the purpose of this post will be fulfilled.
I have an overall experience of reporting to 11 bosses in my entire career. Some good, some bad. Below are my lessons for anyone who moves into any such role.

In organizations, at times employees are involved in playing this game. Passing the stick or in simple words, shouting and bad-mouthing their subordinates when someone else has given them a similar kind of treatment.

In dynamic organizations there is at times tremendous pressure of meeting deadlines and targets, in this kind of environment the real leadership skills and management skills of a boss are tested. Good bosses thrive here, bad ones just shout!

Don’t Ever Use Swear Words

As a boss you are expected to carry some important attributes, you should be a good time manager, people manager and should have a very clear thought process. But more importantly you should respect your colleagues, your reports and no matter what, you should NEVER disrespect them, never abuse them, never ever use swear words for them because people will forget you but they will never forget how you made them feel.

I have heard of bosses ridiculing their subordinates, cracking cheap jokes on them, trying to make them feel small, all of this has a very adverse effect not only on the employee performance but also on his overall morale. So don’t abuse them.

Listen to your subordinate

You should listen carefully to your subordinates not just pretend to listen but actually listen.
I am sure you want to be heard carefully when you speak or if you are putting across your opinion.

Don’t burden your subordinate with unrealistic expectations, don’t set targets which even you can’t achieve in your lifetime and are beyond any real logic, simply put, be sensible.

Put Yourself in Your Subordinate’s Shoes

When you are confused about the state your subordinate is in, what he or she is going through, what is affecting their performance, put yourself in your subordinate’s shoes, it will really help you understand and handle the situation better.

Appreciate the efforts and ideas of your subordinates

Alright, here I want to point out the ill motives of a bad boss who show off their subordinate’s work as their own, undermining their efforts and the hard work they put in on the projects they took, extended their shifts and still put in their best foot forward despite all the work pressure.
Rather than owning the work and efforts of someone else, you should always appreciate their efforts.

Motivate and Train Your Subordinate

To get the best out of your report its important he understand you and is motivated to work with you, it’s also important that he sees growth and opportunities when he works with you.
So, motivate him, guide him and spend time on up-skilling your subordinate.

In today’s world where employee harassment and bullying is very common, I urge you to respect your subordinate as a human and treat them well. Treat them well because you might work together for long but at least in future when you two cross each other you are able to shake hands with a smile and with fond memories.

So these are the lessons I learnt from my worst bosses, I will very soon write about the best bosses I worked with and the wisdom I got from them along with how you are expected to work as a subordinate and excel in your workplaces. 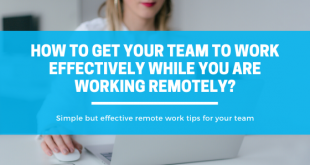 How to get your team to work effectively while you are working remotely?

Pankaj Singh is the founder of eCloudbuddy. With more than 9 years of experience in Digital Marketing and Technology space, Pankaj wants to make a difference in everyone's life with his creativity, knowledge and experience.